Why is being represented by Diwaniya Art, a contemporary Art Gallery in Algiers of such personal and creative significance to me? Why does it give me such a sense of pride?

I was born in Algeria, in Oran, in the middle of the War of Independence. My family – Franco-Hispanic – were “pied noir”. On my mother’s side, her family had come from impoverished Andalucia when the French colonial government welcomed migrants from all over the world to populate its colony of Algeria. My father, a French man from Paris, had gone to work there.

The War of Independence meant a mass exodus for the pied-noirs (including my family, who left in 1961) and freedom for the Algerians after more than a century of oppression and exploitation by the French oppressors.

Algeria forms part of my identity, not least because I was born there. On my passport, it is my country of birth. To many diasporic people, the country of origin is what is affectionately termed ‘the homeland’, ‘the Fatherland’, ‘The Motherland’, and so on. Like so many a displaced child, now adult, I retain some fragmented early childhood memories of Oran – blue skies, heat, Algerian people, a lush landscape. Perhaps these are fantasy or nostalgia, perhaps they are real? But these images and sensations come to me in dreams, and often, while painting.

Algeria has also left a hole in my identity, like a missing piece. Not so much because of what I was missing, the nostalgic memories of a life now long gone, but a hole created by a huge limbo of the absence of family memories.  Coming from a poor, working class family, we only have a handful of pictures retracing/documenting our lives in Oran and my parents have always been extremely quiet (secretive?) about their life in Algeria. It is not comfortable for them to talk about it.

I was four when my parents left Algeria and re-created their life in France, a country that didn’t welcome them and was very resistant to suddenly be invaded by these strange reluctant French people.  The French created quite a few stereotypes for the displaced Pied Noirs – brash, coarse, garish, provincial, loud, tactless…

While growing up, I was constantly reminded of my difference and that being a pied noir was not a good thing.  Even now when in France, I always feel I almost, but not quite, belong and constantly battle a sense of being different, which has been mitigated by my living most of my adult life outside France. (I now reside in the UK but I also lived in South Africa under Apartheid and Ecuador).

Much of my artistic practice is concerned with the human condition, the experience of acceptance and belonging, and the existential crisis that we face collectively, as well as on an individual level. My work inspired by my complex feelings around my Algerian heritage formed a series ‘A Story of Revolution(s),’ – plural because the Algerian revolution revolutionized many lives on personal and political levels. I began this series during a Leverhulme Trust Artist in Residency program at the University of Portsmouth in 2012.

In this work, I chose to avoid the common trope (to Pied Noirs) of Algeria as a paradise lost but contextualised Pied Noir memory in context to the deep racial inequalities, discrimination and repression which were at the heart of colonial rule. In doing so, I sought to dissociate personal nostalgia from its political instrumentalization and create a body of works that would be truer to the reality of history.

‘A Story of Revolution(s)’ enables me to challenge a dominant pied-noir discourse imbued with distorted myths and political point scoring, as well as engage in themes such as displacement, transition, diaspora, alienation, inequality, legacies of shame, anger and the construction and deconstruction of myths. Through the work, I have reconnected with Algeria in a physical way. During this residency and in subsequent years, I made my first adult trips to Algiers and Oran to see and experience with my own eyes my country of origin.

This was a revolutionary experience for me, and on many levels, very emotional.

Firstly, it is an amazing country. Yes, it resembled some of my earliest fragmented memories. Yes, I felt a sense of “return”. But overall, it felt very much like discovering a new country. Only I wasn’t just a tourist, I was undertaking my own personal “inner journey”.

I was also able to engage with the Algerian art scene as well as Algerian artists and curators. I am proud to be the first Pied Noir to have been officially invited to official artistic event such as the FIAC in Algiers and the Biennale of Contemporary Art in Oran.

So therefore, with my own convoluted diasporic life, I am very proud that an Algerian Art Gallery, Diwaniya Art Gallery, is showing my work as part of the exhibition “AL BASMA”

I’m glad to play a part in the way art can challenge French resistance to explorations of the colonization of Algeria, and help toward a more tolerant and accepting world. It will also offer me other opportunities to spend time in the amazing country in which I was born. 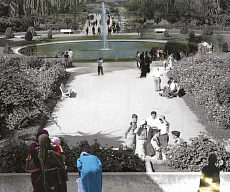 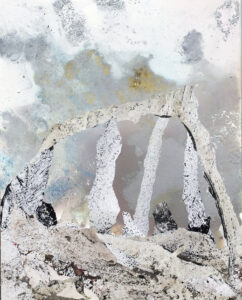 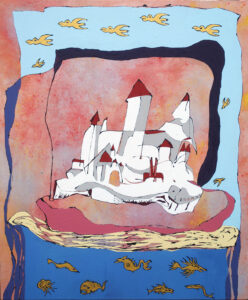 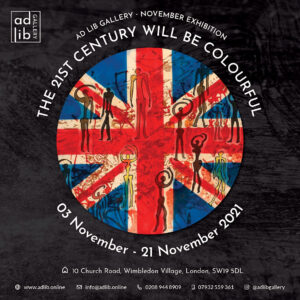